In Their Own Words: An Oral History of African-Americans in St. Joseph, Missouri 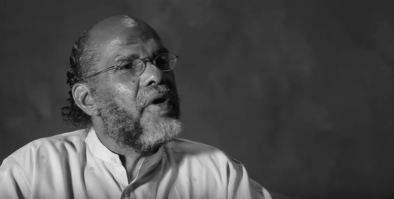 Fourteen individuals speak about what it was like growing up in St. Joseph and the surrounding areas during segregation and the Civil Rights Movement. Mixed with archived footage and photographs, this short documentary is also on display at The Black Archives Museum in St. Joseph, MO.

The most popular link here, at least for the people of St. Joe, is the 1954 movie “Our Town-St. Joseph, Missouri.” The complete movie may be purchased for $20.00 under the “For Sale” tab on this web site or at Hastings Books on the Belt highway or at most St. Joseph museums. It can also be checked out from all of the St. Joe libraries.

Movie Documentary
"This Is Our Town, St. Joseph, Missouri"

Filmed c. 1954. This movie was originally produced by "Robert M. Carson" productions on a 16MM film that was used as a promotional film for the city of St. Joe. It features several prominent businesses in St. Joe in the 1950's and shows nostalgic street scenes in a much different time.

The 16MM film was purchased by Mr. Flinchpaugh several years ago at a local estate sale from a former film collector. After retiring, Mr. Flinchpaugh re-discovered the long forgotten film in a box in his garage but noticed it had a strong odor smelling like bleach emitting from the metal film container. A quick check with "Accent Video" in Overland Park, Kansas confirmed that the film was rapidly deteriorating and needed to be restored immediately before it was entirely lost.

The film has been shown several times at the local libraries and civic organizations but anyone wishing to purchase a copy of the film may buy one at "Hastings" most of the local museums, and  the "St. Joseph Visitor Center."

Specific viewings for local civic groups, churches, and other clubs and organization can still be arranged by calling Larry at 816-676-2565 or email him at lflinch@stjoelive.com.

My grandfather, Thomas Marion Flinchpaugh, is featured in the 1939 movie about Kirksville, Missouri and is showing off his trained horse. The complete Movie version should be available in the future if there is enough demand.