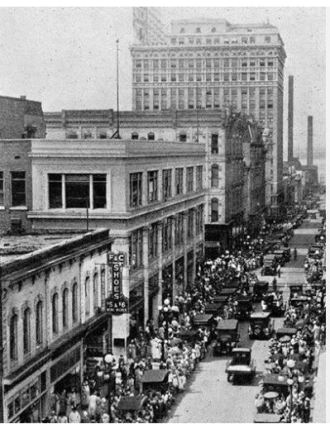 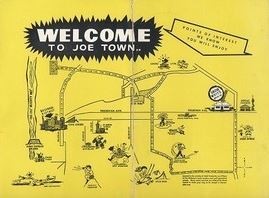 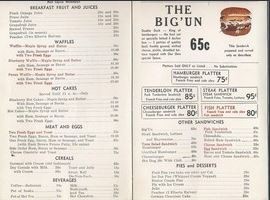 Double Deck - King of the hamburger – the best yet on specially baked 3 decker bun t wo patties of quality beef, freshly ground, melted cheese, pickle, shredded lettuce topped with our own Special Sauce

All of the above steaks and Chop orders include French Fries or Hash Browns Potato Patty, Salad or Cottage Cheese and bread and butter.

Note: It is interesting to compare the prices of food at Snow White in the 1950's to today. It's a perfect example of how the purchasing value of the dollar has been affected by the hidden inflation tax. 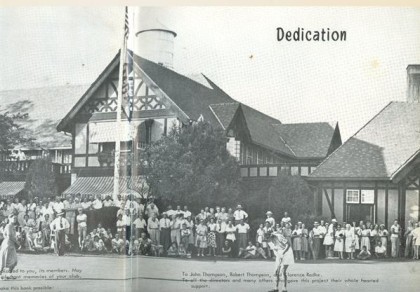 In 1903, the Club moved to the site now used by the Moila Country Club. It stayed at that location until 1911, when construction started on the present location. The original clubhouse built in 1911, much liketoday's, burned to the ground in 1921. The present clubhouse was completed and opened in 1922.

In 1898, there were only two golfing country clubs in Chicago, six in New York, one in Columbus, and one in Kansas City. Even in those early days competition was important. Regular team matches were scheduled between St. Joseph Country Club and the Kansas City Country Club. The Trans-Mississippi, now one of the nation's most respected amateur golf tournaments, was a direct outgrowth of these matches. The association was formed following a match at St. Joseph Country Club in 1901. The first tournament was held in Kansas City the following year. The second was held in Omaha, the third in Des Moines, and some years later it came to St. Joseph Country Club. The Club continues to be the site of many USGA, Missouri Amateur and PGA Midwest Section events. 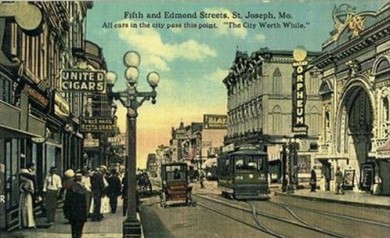 I usually went to the Missouri, the Electric, the Orpheum, the Uptown, the Joe  and the Hickory theatre.  I have sad memories of the 1950's when the Orpheum was the only theater that allowed Negroes and then they had to sit in the balcony.  I knew a lot of white people felt that it wasn't right but just seemed to accept it.  It never did make any since to me for the Negroes to be free from slavery in 1865 but did not get their civil rights until 100 years later.  I guess the people of the 1860's had a different definition of freedom than we have today. 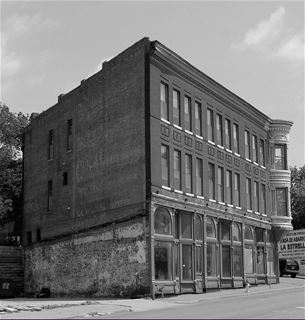 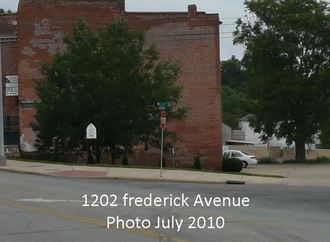 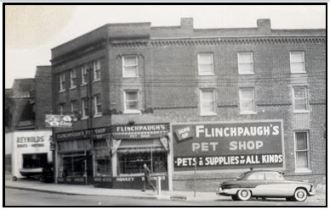 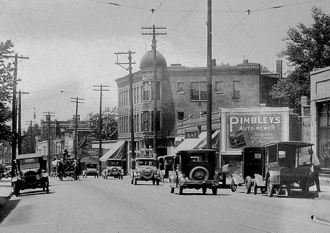