People may expect too much of journalism

Not only do they expect it to be entertaining

they expect it to be true.

American publisher and editor, b 1935

Who Is Bill Gates? 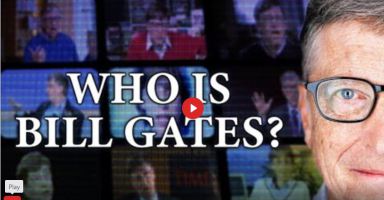 Why are  so many  Black imigrants from  Africa  Conservative? 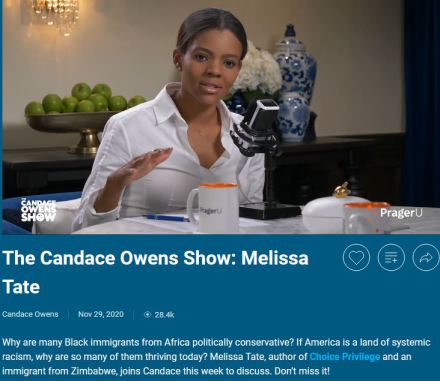 What Happens When Democrats Run Your State? 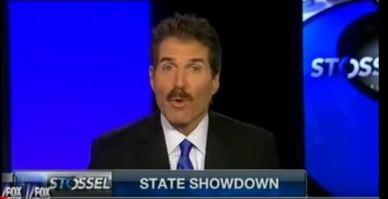 Here's What Happens When Democrats Run Your State Government. Examining How the Left ruined California 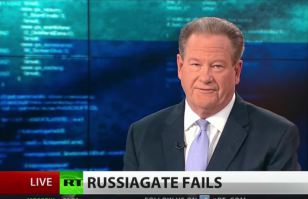 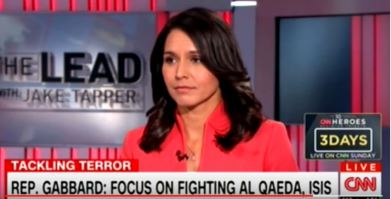 5 Fake Stories The Media Wants You To Forget 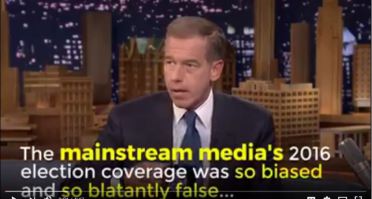 In 2015, the Clintons wrote off $1,042,000 in charitable contributions. Of that, $1 million went to none other than the Clinton Family Foundation, wnere they get to control the flow of money. So in 2015, 96% of the Clintons’ charity went to…themselves.

Why "real" news can be more dangerous than fake 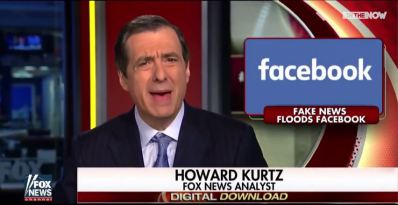 There’s a crusade against “fake news”! So you’re saying that a bunch of Macedonian kids screwed millions of Americans over and got Trump elected? A bunch of Macedonian kids versus the enormous mainstream media machine – those six giants that control 90 percent of American media –almost 100 percent of them behind Hillary Clinton. Oh no, you don’t make up news intentionally, CNN didn’t interview their Super-Hillary-Fan cameraman intentionally and Fox’s fake “former CIA operative” was just an honest mistake, fine. But misleading, misinforming, pulling out of context and propagating war – that’s your intention for sure: Saddam’s weapons of mass destruction in Iraq. American mainstream media, Bravo! You did brilliant job convincing American to go there, to kill and to die under false pretext. But lessons aren’t learnt – Yugoslavia, Iraq, Afghanistan, Libya, Syria, ISIS, terrorists – or what do you call them - “moderate rebels”? But what you do is way more dangerous, your “real news” start wars, kill and displace millions and destroy entire regions. So f*ck fake news - most can see that coming… it’s the real news that needs a check. 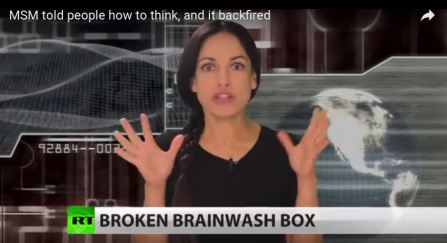 The mainstream media tried to tell everyone that HIllary Clinton was going to win and that she was the only candidate who COULD win, and that helped get Trump elected.

‘Nobody is in control’ CIA, Pentagon backed groups fighting each other in Syria 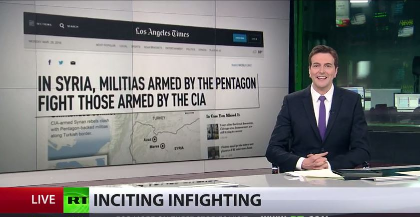 The Pentagon fights the CIA...in Syria! Different militias backed by the two U.S. departments have apparently started fighting each other...all at the American taxpayer's expense. For more RT is joined by former CIA officer Ray McGovern

All wars are bankers wars 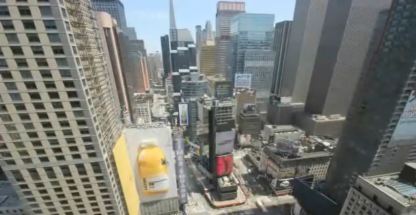 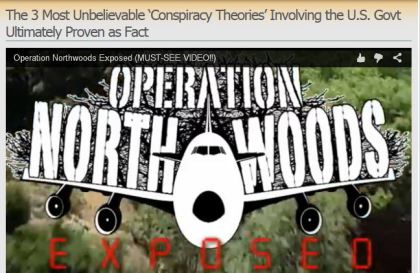 Banking As A public Utility 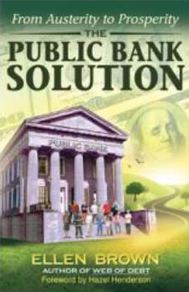 ENVISION THIS: A BANKING ALTERNATIVE THAT LEADS US FROM AUSTERITY TO PROSPERITY

Our guest, Ellen Brown, is an attorney, president of the Public Banking Institute, and author of 12 books, including WEB OF DEBT.  The back cover of its newly-released sequel, THE PUBLIC BANK SOLUTION tells us:

“Shock waves from one Wall Street scandal after another have completely disillusioned us with our banking system; yet we cannot do without banks. Nearly all money today is simply bank credit. Economies run on it, and it is created when banks make loans. The main flaw in the current model is that private profiteers have acquired control of the credit spigots. They can cut off the flow, direct it to their cronies, and manipulate it for personal gain at the expense of the producing economy...This book looks at the public bank alternative, and shows ...that it works admirably well, providing the key to sustained high performance for the economy and well-being for the people.”