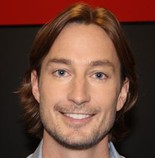 AMTV is a grassroots media channel entirely supported by our subscribers! We feature a variety of independent media personalities and content developers.

Christopher Greene started AMTV in 2009 when he decided to quit his job as a broker at Merrill Lynch. After witnessing the collapse of global stock markets in 2008 and seeing just how badly it had devastated the lives of the people he cared about, he decided it was time to take action and do something about it! Frustrated by government bailouts and a lack of accountability on Wall Street, he picked up his camera and started making YouTube videos.

A little over a year later what started from just a few people and barely any traffic at all quickly grew to 135,000 YouTube subscribers, a brand new radio show, appearances on national television and millions of video views around the world! Christopher is regularly cited online and in print media, has covered live events such as the 2012 Republican National Convention in Tampa Bay and has interviewed celebrities like Peter Schiff, Stephen Baldwin, Jon Voight, Sheriff Joe Arpaio, Ron Paul and many others. In addition to his passion for media broadcasting, Christopher is also the creator of breaking viral documentaries on subjects such as the untimely death of media maverick Andrew Breitbart.

Much of what Christopher has covered since the very beginning has come true in real life: the financial crash of 2008, the sovereign debt collapse and fragmentation of the Eurozone, worse median peak-to-trough declines in residential real estate since the 1930′s Great Depression, escalating global war, the Arab Spring protests, invasion of Libya, Occupy Wall Street movement, bailouts-to-infinity and now a growing police state in America!

Christopher earned his degree in Finance from Arizona State University in 2004, studied journalism on scholarship at George Washington University in Washington DC, was a Division I Water Polo All-American and practiced finance before launching his career in media. Interview requests / media contact link.