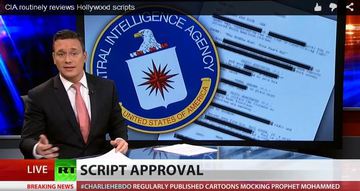 RT presents round-the-clock news bulletins, documentaries, talk shows, and debates, as well as sports news and cultural programs on Russia aimed at the overseas news market. The network's signal is carried by 22 satellites and over 230 operators, which allows some 644 million people to watch the channel in more than 100 countries.[3] RT America is available to 85 million people in the United States.[4] In 2011 it was the second most-watched foreign news channel in the U.S. after BBC World News,[5] and the number one foreign station in five major U.S. urban areas in 2012.[6] It is also very popular among younger American people, U.S. college students, and in U.S. inner city neighborhoods.[6] In 2013 RT has become the first TV news channel in history to reach 1 billion views on YouTube. According to the Broadcasters' Audience Research Board between 2.2–2.3 million Britons tuned their televisions to RT during the second half of 2012, making it the fourth-most watched rolling news channel in Britain, behind BBC News, Sky News and Al Jazeera English.

According to RT's mission statement "RT provides an alternative perspective on major global events, and acquaints international audience with the Russian viewpoint". Western media perception of the network ranges from having a clear pro-Russian perspective, to having * a strong pro-Russian bias, to being a propaganda outlet for the Russian government. (Wikipedia)

* Note: "I doubt RT, is no more biased than the American media." Larry Flinchpaugh