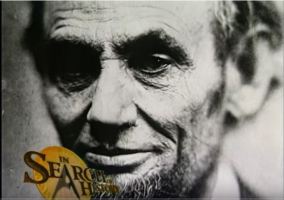 The Untold Stories gives us a much different story of Abraham Lincoln. That's because, this is the story of Lincoln not from historians, but from an associate of our 16th president. Learn about Lincoln like never before, including various moments of his personal life throughout his life.

I WAS DISAPPOINTED THAT ONE OF THE LINCOLN DOUGLAS  DEBATES WAS NOT MENTIONED IN THIS DOCUMENTARY...

LADIES AND GENTLEMEN: It will be very difficult for an audience so large as this to hear distinctly what a speaker says, and consequently it is important that as profound silence be preserved as possible.

While I was at the hotel today, an elderly gentleman called upon me to know whether I was really in favor of producing a perfect equality between the negroes and white people. [Great Laughter.] While I had not proposed to myself on this occasion to say much on that subject, yet as the question was asked me I thought I would occupy perhaps five minutes in saying something in regard to it.

And inasmuch as they cannot so live, while they do remain together there must be the position of superior and inferior, and I as much as any other man am in favor of having the superior position assigned to the white race. I say upon this occasion I do not perceive that because the white man is to have the superior position the Negro should be denied everything.

I do not understand that because I do not want a Negro woman for a slave I must necessarily want her for a wife. [Cheers and laughter.] My understanding is that I can just let her alone. I am now in my fiftieth year, and I certainly never have had a black woman for either a slave or a wife. So it seems to me quite possible for us to get along without making either slaves or wives of Negroes.

I will add to this that I have never seen, to my knowledge, a man, woman or child who was in favor of producing a perfect equality, social and political, between Negroes and white men. I recollect of but one distinguished instance that I ever heard of so frequently as to be entirely satisfied of its correctness-and that is the case of Judge Douglas's old friend Col. Richard M. Johnson. [Laughter.] I will also add to the remarks I have made (for I am not going to enter at large upon this subject,) that I have never had the least apprehension that I or my friends would marry Negroes if there was no law to keep them from it, [laughter] but as Judge Douglas and his friends seem to be in great apprehension that they might, if there were no law to keep them from it, [roars of laughter]

I give him the most solemn pledge that I will to the very last stand by the law of this State, which forbids the marrying of white people with Negroes. [Continued laughter and applause.]

I will add one further word, which is this: that I do not understand that there is any place where an alteration of the social and political relations of the negro and the white man can be made except in the State Legislature-not in the Congress of the United States-and as I do not really apprehend the approach of any such thing myself, and as Judge Douglas seems to be in constant horror that some such danger is rapidly approaching, I propose as the best means to prevent it that the Judge be kept at home and placed in the State Legislature to fight the measure. [Uproarious laughter and applause.] 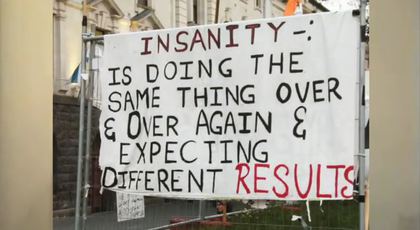 This is a well done political video except for trhe negative connotation of Congressman Ron Paul and Reagonomics. 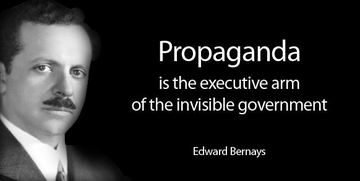 ZERO: An Investigation Into 9-11 Full Documentary 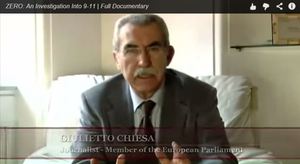