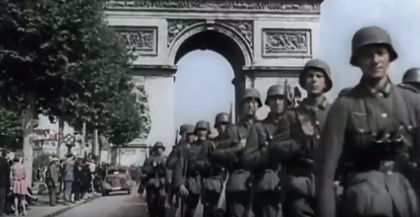 Photos: The Pacific and Adjacent Theaters in WWII 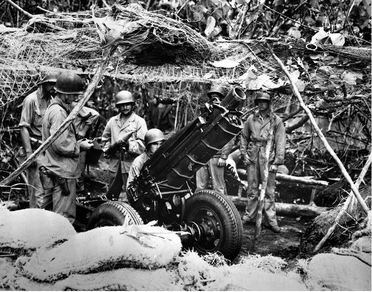 With the premiere of the ten part HBO miniseries, The Pacific, produced by Tom Hanks, Steven Spielberg and Gary Goetzman, World War II has again come into the living rooms of American families. The Pacific, the follow-up to Band of Brothers, will focus on the US Marines in the Pacific Theater of the war.

The below collection focuses on The Pacific War, a term referring to parts of World War II that took place in the Pacific Ocean, the islands of the Pacific and the Far East. The start of The Pacific War is generally considered to be the Japanese attack on Pearl Harbor, Hawaii on December 7, 1941. The Pacific War pitted the Allies against the Empire of Japan and culminated with the atomic bombings of Hiroshima and Nagasaki in August of 1945, Victory over Japan Day on August 15, 1945 and the official surrender of Japan aboard the battleship U.S.S. Missouri in Tokyo Bay on September 2, 1945.

SPITFIRE 944 was put on YouTube as part of the Sundance Film Festival Memorial Day observance through from May 22 through June 5, 2013 (UPDATE, ShortsHD is allowing the film to stay on youtube for the moment:) The Sundance portal is here: http://www.sundance.org/stories/artic...

If you are interested in your own copy, you can find it on iTunes here:
https://itunes.apple.com/us/movie/spi... 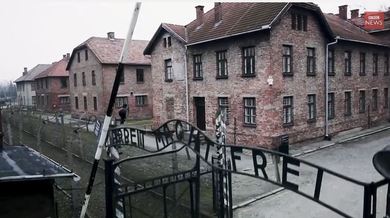 "One minute in Auschwitz was like an entire day. A day was like a year. A month, an eternity." Roman Kent, Holocaust survivor. Survivors have been gathering at the former Nazi death camp Auschwitz, to mark the 70th anniversary of its liberation. This aerial footage shows what it looks like today. 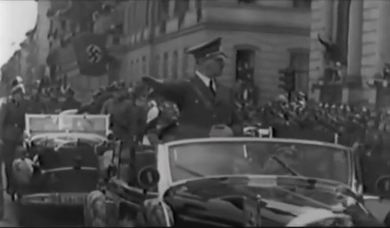 Lets stop with the Auschwitz lies 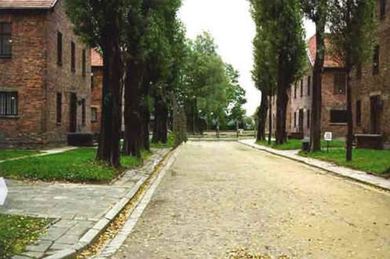 This is a factual list of facilities available to prisoners  at the alleged Nazi death camp of Auschwitz in Poland.

Most of these facilities can still be seen in the camp today, including the cinema, swimming pool, hospital, library and post office.

History of a man-made Hell 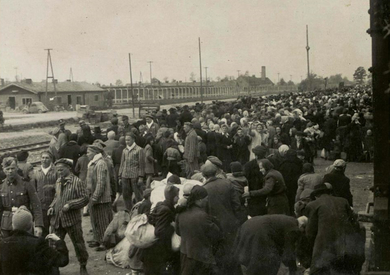 Auschwitz is a name that was virtually unknown before 1989. Now it has become a symbol for The Holocaust -- the Nazi plan to systematically exterminate all the Jews of Europe, which resulted in the deaths of 6 million Jews. Auschwitz is the site of the greatest mass murder of all time, the most infamous Nazi death factory, the primary killing site where the "Final Solution to the Jewish Question" was carried out by means of homicidal gas chambers, the most heinous place on earth.

You decide who is telling the truth. 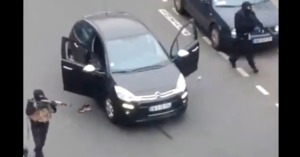 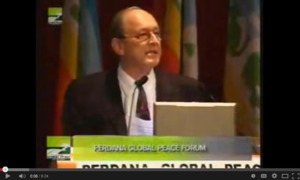 Michael Chossudovsky: "The war on terror is fabricated" P-2 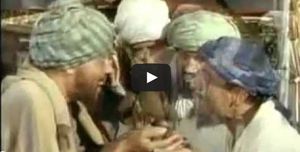 There's no such thing as al Qaeda, or al Qaida, or however you want to spell it. It's a fraud perpetrated on the American people by our own government to scare us into submission. This is a clip from the excellent three-part BBC documentary "The Power of Nightmares". You can watch the whole thing on Google Video or download it at scholarsfor911truth.org. 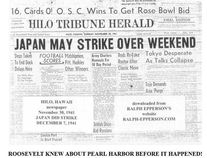 * Did President Roosevelt know about Japan's impending attack on Hawaii in advance and failed to act so Americans would agree to enter WWII. 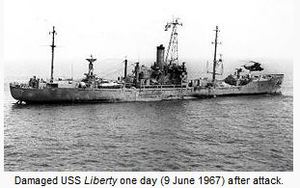 The Day Israel Attacked America.  Israel claimed it was an unfortunate mistake on their part in attacking an Americam ship in international waters.  The ship was flying a huge American flag that could be seen for miles. 34 crew members were killed and countless injured. 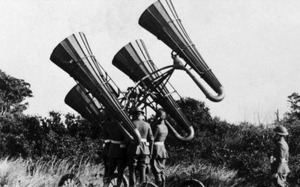 Industrialization brought massive changes to warfare during the Great War. Newly-invented killing machines begat novel defense mechanisms, which, in turn spurred the development of even deadlier technologies. Nearly every aspect of what we would consider modern warfare debuted on World War I battlefields. 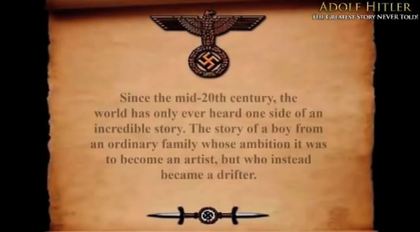 "The victor will never be asked if he told the truth."  Adolf Hitler

By Bill the Hermit 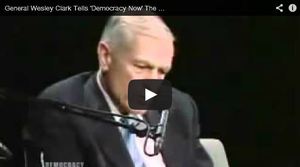 Why I Will Never Join the Military 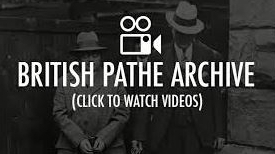 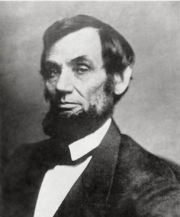 Snap Out of It America

The Terrible Truth About Abraham Lincoln and the Confederate War

''I am delighted with the Booker McConnell Prize, but it is also preposterous to me,'' he said during a visit to New York. ''The book is fiction in the sense that Tom Wolfe's 'The Right Stuff' is fiction. The facts are there, but I make use of fictional techniques in character development, the manner in which an incident is relayed...."

''I deliberately set out to write a book as fact in a literary way. There is some fictionalization when there is not a record of the dialogue. I do a reasonable reconstruction. There is something in it as a novel, but not as a fiction. My publisher, Simon and Schuster, describes it as a nonfiction novel. It is startling that it would win a prize for fiction." 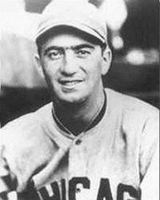 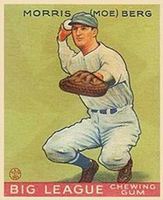 When baseball greats Babe Ruth and Lou Gehrig went on tour in baseball-crazy Japan in 1934, some fans wondered why a third-string catcher named Moe Berg was included.  Although he played with 5 major league teams from 1923 to 1939, he was a very mediocre ball player.  He was regarded as the brainiest ballplayer of all time.  In fact Casey Stengel once said:  “That is the strangest man ever to play baseball.”  When all the baseball stars went to Japan, Moe Berg went with them and many people wondered why he went with “the team”

The answer was simple: Moe Berg was a Unites States spy working undercover with the OSS. Moe spoke 15 languages - including Japanese - Moe Berg had two loves: baseball and spying. In Tokyo, garbed in a kimono, Berg took flowers to the daughter of an American diplomat being treated in St. Luke's Hospital - the tallest building in the Japanese capital. He never delivered the flowers.  The ball-player ascended to the hospital roof and filmed key features: the harbor, military installations, railway yards, etc. Eight years later, General Jimmy Doolittle studied Berg's films in planning his spectacular raid on Tokyo.

Berg's father, Bernard Berg, a pharmacist in Newark, New Jersey, taught his son Hebrew and Yiddish.  Moe, against his wishes, began playing baseball on the street aged four. His father disapproved and never once watched his son play.  In Barringer High School, Moe learned Latin, Greek and French.  Moe read at least 10 newspapers every day. He graduated magna cum laude from Princeton - having added Spanish, Italian, German and Sanskrit to his linguistic quiver. During further studies at the Sorbonne, in Paris, and Columbia Law School, he picked up Japanese, Chinese, Korean, Indian, Arabic, Portuguese and Hungarian - 15 languages in all, plus some regional dialects. While playing baseball for Princeton University, Moe Berg would describe plays in Latin or Sanskrit.

During World War II, he was parachuted into Yugoslavia to assess the value to the war effort of the two groups of partisans there.  He reported back that Marshall Tito's forces were widely supported by the people and Winston Churchill ordered all-out support for the Yugoslav underground fighter, rather than Mihajlovic's Serbians. The parachute jump at age 41 undoubtedly was a challenge. But there was more to come in that same year. Berg penetrated German-held Norway, met with members of the underground and located a secret heavy water plant - part of the Nazis' effort to build an atomic bomb.  His information guided the Royal Air Force in a bombing raid to destroy the plant.

There still remained the question of how far had the Nazis progressed in the race to build the first Atomic bomb.  If the Nazis were successful, they would win the war.  Berg (under the code name "Remus") was sent to Switzerland to hear leading German physicist Werner Heisenberg, a Nobel Laureate, lecture and determine if the Nazis were close to building an A-bomb.  Moe managed to slip past the SS guards at the auditorium, posing as a Swiss graduate student.  The spy carried in his pocket a pistol and a cyanide pill.  If the German indicated the Nazis were close to building a weapon, Berg was to shoot him - and then swallow the cyanide pill. Moe, sitting in the front row, determined that the Germans were nowhere near their goal, so he complimented Heisenberg on his speech and walked him back to his hotel.

Moe Berg's report was distributed to Britain's Prime Minister, Winston Churchill, President Franklin D. Roosevelt and key figures in the team developing the Atomic Bomb.  Roosevelt responded: "Give my regards to the catcher."

Most of Germany’s leading physicists had been Jewish and had fled the Nazis mainly to Britain and the United States .  After the war, Moe Berg was awarded the Medal of Freedom – America’s highest honor for a civilian in wartime.  But Berg refused to accept, as he couldn't tell people about his exploits. After his death, his sister accepted the Medal and it hangs in the Baseball Hall of Fame, in Cooperstown. 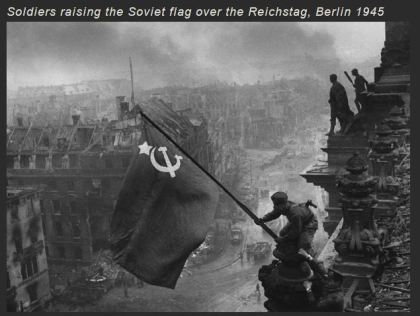