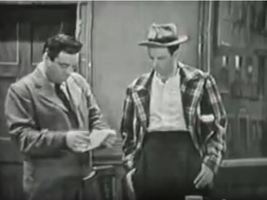 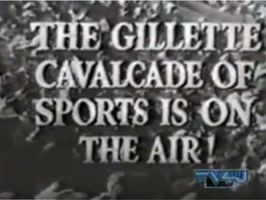 The Gillette Calvacade of Sports. 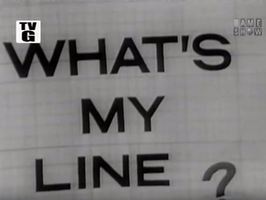 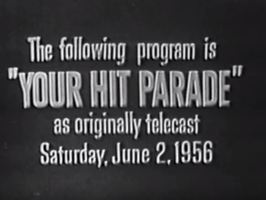 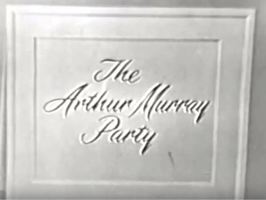 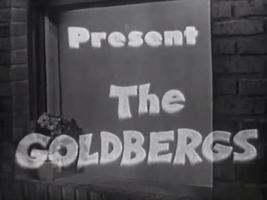 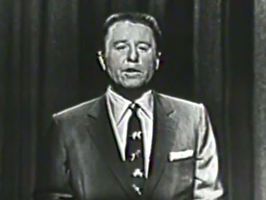 George Gobel plus much more! 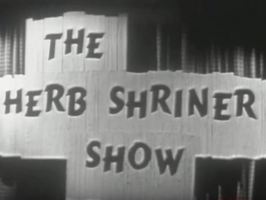 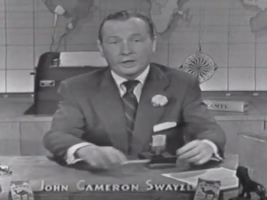 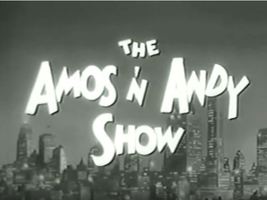 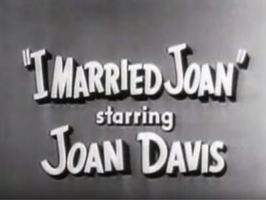 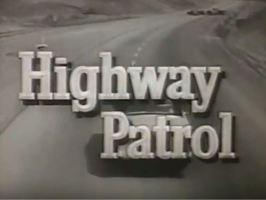 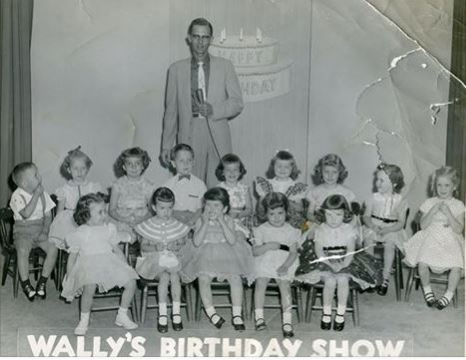 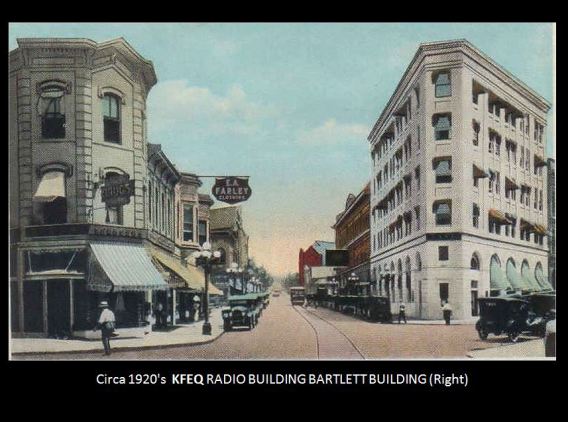 KFEQ was founded by John L. Scroggn and Scroggin & Co. Bank and first broadcast in 1923 from Oak, Nebraska. He moved the station to St. Joseph in 1925 where it was noted for its live remote daily broadcasts three times each day from the St. Joseph Stockyards and four times each day from the St. Joseph Grain Exchange. During this time it moved initially from 833 to 1120 to 1300 to its present location at 680 kc in 1930.

Barry Birr, soon to retire, (2015) is News Director at KFEQ. Besides his duties as News Director, Birr is also the host of The Hotline each weekday from 8 - 10am, covering topics of interest with guests and listener call-ins.

National programs such as Sean Hannity, DaveRamsey, Rush Limbaugh, and Jim Bohannon are featured on weekdays. Weekend programming includes the syndicated AgriShop program with host Gene Millard, The Midwest Outdoors with Fred Ramsey and a local buy/sell/trade program called The Trading Post. Local church services from Huffman United Methodist Church are heard live on Sunday mornings. The rest of the weekend programming is mainly from the national Fox Sports Network. The station is owned by Eagle Communications, and features programming from  ABC Radio.. 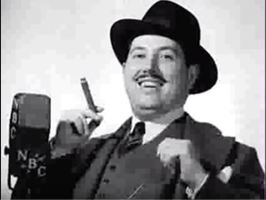 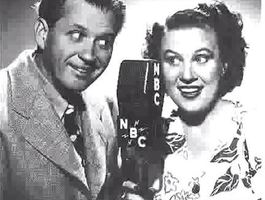 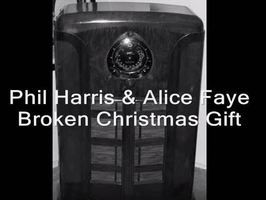 In 1957, my last year of High School, I was recommended by my Business Class teacher for a job as “Floor Director” at KFEQ TV.  I must say this was the best and most rewarding job I ever had.  After only working there for a couple months, I was given a $50 Christmas bonus.  That alone was pretty impressive for a teenager.

My job duties were: to set up scenery props, que the announcers for how much time they had left, operate the boom microphone and Teleprompters, flip the blurry photo fax news pictures that were pasted to a piece of cardboard held on the polaroid rack. My mother would comment occasionally that she saw my finger that night on the ten o’clock news.  Frank Smith was the News director at that time.

There were lots of funny incidences that happened at KFEQ and I suppose that is true of all radio and TV stations.  One night Johnny Yates, the weather man said, “It was going to be pair and fartly cloudy tomorrow.”  Jack Miller, the camera man was laughing so hard the TV picture was jumping up and down.

I wore a small radio receiver with an earphone so I could receive instructions from Bill Lund the program director.  One night we had women wrestlers on live TV and one was bent over when I heard someone on my radio say, “I don’t know if she is a good wrestler but you ought to see her box.  Again, both camera men were laughing so hard they were having a difficult time holding their cameras still.

One night, I really screwed up.  Kentucky Jess was doing a “Full of Pep” feed commercial in front of what is called  a “Blue Screen” that showed that he was standing somewhere in the Rocky Mountains.  A lady came down the steps into the studio and before I could stop her she walked between the projector and screen.  The whole effect was destroyed when the TV audience saw a human shadow cross the Rocky Mountains behind Jess.

Many of the KFEQ technical employees were Ham Radio operators which I thought was pretty cool because I too had become a ham radio operator passing my General Class exam. My call letters were and still are W0RXO.

After several months, I finally persuaded the chief engineer, whom I think was Kenny Lux, to let me hook up a 6 meter Ham radio to the nearly 1,000 foot tall Channel 2 antenna.  It was going to be fun to see how far we could talk on such a huge antenna.  Of course we had to wait until after the 10 o’clock news and the late night movie. (About one am)  Immediately after it was connected we heard Ham radio operators in Omaha, Nebraska.  Normally at this time of night on 6 meters the normal range would be about 20 miles. Omaha was at least 150 miles.  I said “break, break, this is W0RXO.”  They replied, “Never heard of your call before, are you a local ham?’  I replied, “No I am in St. Joseph, Missouri.”  They replied, “that is impossible.  How much power are you running?’  I replied, “25 watts.”  Again they said, “That is impossible.”  What kind of antenna are you using?”  I replied, “a vertical.”  They replied, “How tall is it?”  I replied, “About 1,000 feet.”  There was a pause and then lots of laughter.  They replied, “Isn’t that where KFEQ TV Channel 2 is located?’  We all had a good laugh and learned a little about how well such a fantastic ham antenna would operate.

On one of Ester Donat’s shows, she had just taken a cake out of the oven at the end of her show.  Wanting to get a piece of the cake before the crew, I hurriedly cut a piece for myself.  All of a sudden, I heard lots of laughter coming  from the control booth and saw that camera one was trained on me.  I ducked under a table and the camera followed me.  Then Ester said, “let me introduce our floor director, Larry Flinchpaugh.”  I was so embarrassed.  My mother’s card group kidded me for months.

I will always have fond memories of KFEQ and with working with such nice people.

An Anniversary to Broadcast

It was Sunday, September 27, 1953.  It was nearing 2:30 p.m. and local history was about to be made.  The years of dreaming and planning by a few, added to the months of preparation by many, were finally adding up to reality.  KFEQ-TV officially went on the air at 2:29:50 p.m.  All the headaches of construction, rehearsals and dry runs of the past summer were behind us.  This time, when we flipped the switches, it was for real---

Barton Pitts had made the most outstanding contribution.  He had been owner of KFEQ Radio since 1935 and had shown great foresight by applying early for a television station.  He had great enthusiasm for the possibilities of TV and a confidence that it would become the far-reaching medium it is today.

He had always tried to improve the quality of his radio broadcasts and had kept up with the latest equipment.  In 1945, he had applied for, and received, permission to erect a tower at 40th and Woodbine Rd.  for an FM station.  But part of the equipment was not available, so temporary FM operation from the KFEQ Building at Eighth St. and Frederick Ave. was authorized.

It was an entirely different type of operation.  In contrast to the live hillbilly music and beehive of activity at KFEQ-AM, the FM station was quiet.  All music was by electrical transcriptions and usually classical in nature.  From the time the theme song “Me And My Shadow” introduced each broadcast, until it was played again three hours later, the engineer on duty ran a one-person operation.

Programming began May 2, 1948, and lasted only about two years.  At that time FM stations were not as popular as today.  Primary interests were leaning toward television.

As early as summer, 1948, Pitts had applied for a 51 kw grant for the only TV station allocated to St. Joseph –Channel 13.  During this time, there were so many applications for the available Midwest stations that the FCC (Federal Communications Commission) declared a freeze in order to restudy the advisability of which channels should be in which cities.  At the lifting of the freeze, Channel 2 was allocated to St. Joseph.

When the construction permit was received by Pitts on December 15, 1952, it was decided to drop any future plans for the FM station and to develop the 5 ½ acres at 40th and Woodbine Rd. as the TV site.

One of the earliest projects was the construction of the 750-foot tower.  First, it was necessary to make sample borings of the soil to make sure conditions were right to support a tower of this height.

It was a wooded area, so there were large trees to be dozed out, and weeds to be cleared, before construction could ever begin.  Architects were hired and many hours were spent going over blueprints.

There were unexpected problems.  Steel was hard to get.  Transmitter equipment was in short supply.  When tower specifications came, they required more complicated footings than had been anticipated.

Winter weather didn’t help, either.  But excavation was started and a foundation was built for the 83 foot by 50 foot building.  An access road was made and 40th and Faraon (the actual location of the tower and building) soon became a busy location.

The tower foundation was an enormous job.  Under each leg there were 24 steel pilings angled into the ground and filled with reinforced concrete.  The pile driver could be heard for blocks.  Since a stream pile driver was a rare sight, there was a steady stream of visitors to the tower site.

Carpenters constructed four, 16-foot lumber pyramids atop the system of pilings.  Each form was filled with 68…